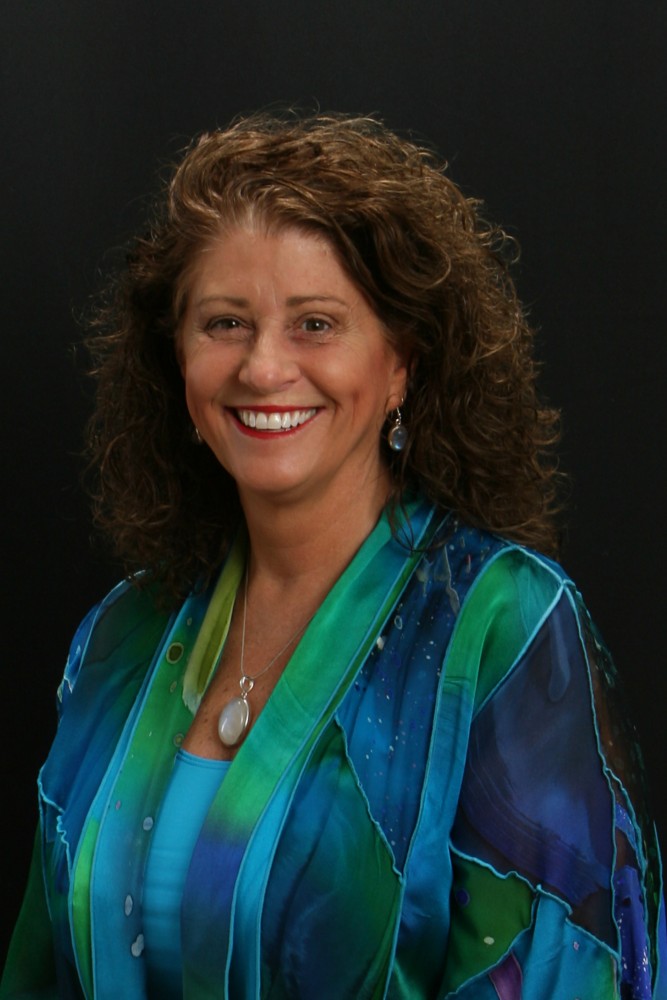 One of my greatest passions is to reach out and touch the hearts and lives of people who are seeking to find a better way of living. I hold myself up as a woman of power who has overcome significant obstacles to create a full and meaningful life. And with confidence, I tell all who care to know that they can do the same for themselves.

I was born the youngest in a family of four children in Miami, Florida. Growing up with minimal resources and an alcoholic father, I quickly developed a strong sense of independence and self-reliance. My early life was marked with drug and alcohol abuse, poverty, welfare and myriad other struggles.

I moved out of my parent’s home at the age of sixteen, was married and gave birth to my son, Matthew when I was 21. At 24, I moved to Oregon with my son, seeking to start a new life.

One of my first encounters was with a small Religious Science Church in Eugene, Oregon. At that point, my life had reached an all-time low. I was 3,000 miles from anyone I knew; I had a three-year-old son with no money, no job and no place to live. Days before, I had been in a car accident in which one person died and the other, the woman with whom I was staying, decided to return immediately to Florida.

Still as I listened to my new Science of Mind minister, I quickly learned that there were answers to all my problems and that all those answers were inside me. I enrolled in classes where I learned that by changing my perceptions of myself and the world around me, I could change my life for the better. As soon as I heard this, I was ready to embrace a new vision of a life that could be more fulfilling than anything I had ever imagined. Quickly, my life began to change. In 1980, I returned to South Florida where I joined the Ft. Lauderdale Church of Religious Science and soon after was hired as a member of the church’s administrative staff. I continued my course work in Science of Mind and in 1983, completed my ministerial studies where I excelled at public speaking. I soon after joined the staff of the Miami Church of Religious Science. There with my new husband, Rev. Tony Bonaccorso, I worked to build a ministry from an average Sunday attendance of thirty to over 300 in a three-year period.

I served the Miami Church for five years during which the community thrived and prospered. During much of this same time, Tony and I produced television and radio programming on WLRN, WKAT and WTMI under the name “The Truth About You.” Much of our success in Miami is attributed to our work in local media.

In 1988, I left the Miami Church and my second marriage. It was also that year that I was ordained into ministry by the Rev. Terry Cole Whittaker. After two years of speaking engagements and private counseling, with my new husband, John Waterhouse, I moved to Asheville, North Carolina.

In 1992, I enrolled at the University of North Carolina and quickly became an academic honor student, maintaining a 4.0 GPA throughout my college studies. Still the call to return to ministry became irresistible and on January 15, 1995, John and I held the first Sunday Celebration of a new spiritual community in our rural North Carolina home.

Today, the central focus of my life is serving with John as co-minister of the Center for Spiritual Living, a Science of Mind spiritual community. We occupy a ten thousand square foot teaching facility on a 6-acre site that was designed and built largely with the support of volunteer help from friends and members of the Center. The Center for Spiritual Living is located at Two Science of Mind Way in Asheville, North Carolina and is a growing community with more than 300 members. We offer Celebrations of Life every Sunday morning at 11:00.

Today, my life is about sharing with everyone I meet that the ability to be successful and joyously happy dwells within us. I offer my life as an example of this truth. My passion is still in teaching people to take charge of their lives, regardless of circumstances, past or present. Through our work at the Center for Spiritual Living, untold numbers of people have connected with their own inner beauty and personal power.